In an example of “value” or defensive stocks attracting renewed interest in turbulent times for the markets, tobacco producer Altria Group (MO) has rallied back up in the relative strength rankings in the SIA S&P 100 Index Report bouncing back from a summer slide into the red zone. Yesterday it returned to the Green Favored Zone for the first time since June, finishing in 26th position up 3 spots on the day and up 51 places in the last month.

Having successfully retested support near $40.00, Altria Group (MO) shares have come under renewed accumulation, advancing on rising volumes. This week, MO has broken out to the upside snapping a downtrend line, and clearing the hurdle of its previous high near $45.00 to signal the start of a new upswing.

Potential upside resistance appears near $47.50, then $50.00 where a round number and a measured move converge, followed by the April peak near $55.00. Initial support has moved up toward $42.50 where it broke out of a downtrend.

Investors should note that if the shares were to falter below $47.50 a case could be made for forming the right shoulder of a possible head and shoulders top with $40.00 in place as a potential neckline. 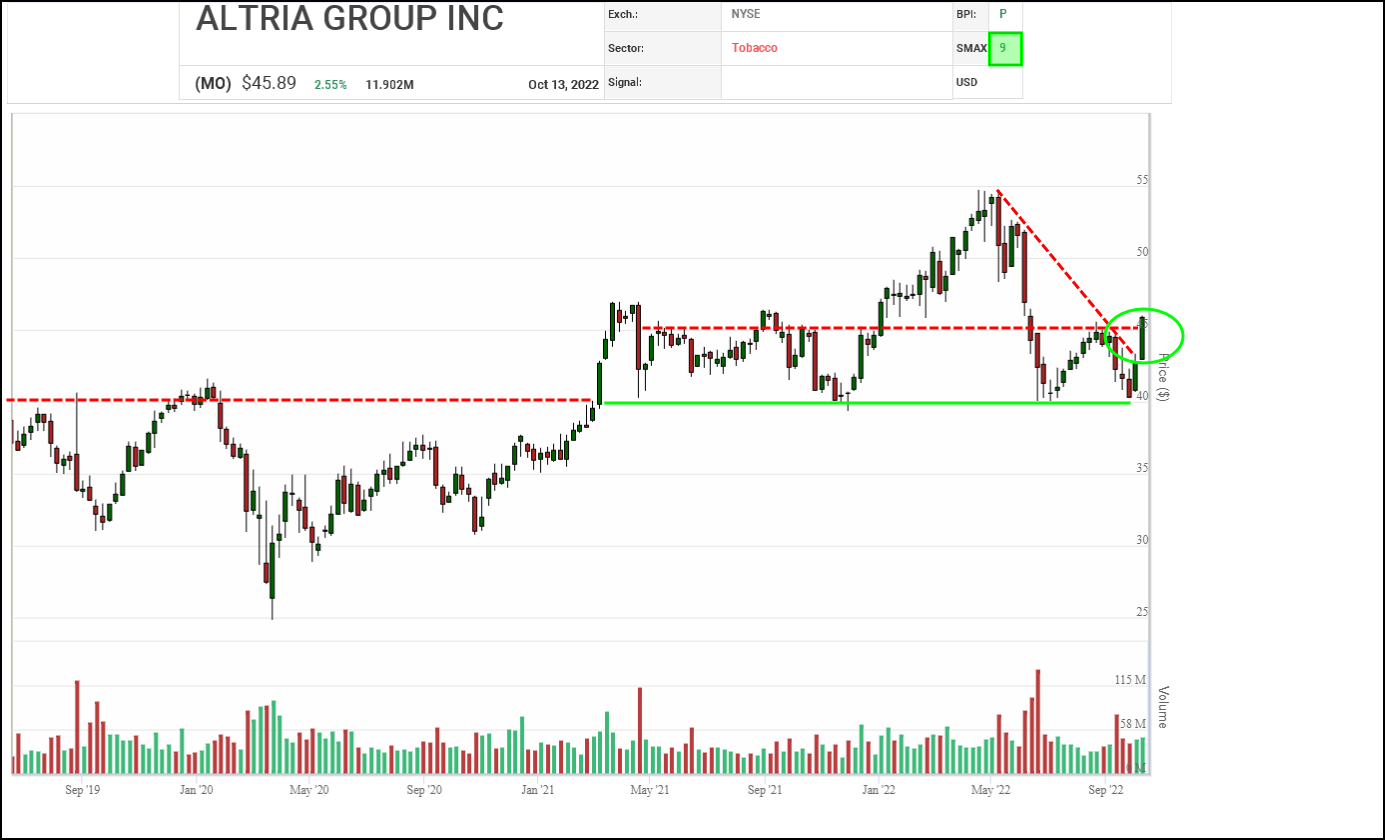 This 1% chart highlights the current rebound in Altria Group (MO) shares. A June selloff was contained above a long-term 45-degree uptrend support line as bulls successfully defended the $40.00 round number. Coming off a successful retest earlier this month, the shares have started to rally, recently clearing $45.20 to complete a bullish Double Top breakout.

Based on horizontal and vertical counts that align with previous column highs, next potential upside resistance appears near $48.45, then $50.90. Initial support appears near $43.85 based on a 3-box reversal.

With its bullish SMAX score increasing to 9 from 7 yesterday, MO is exhibiting strength against the asset classes. 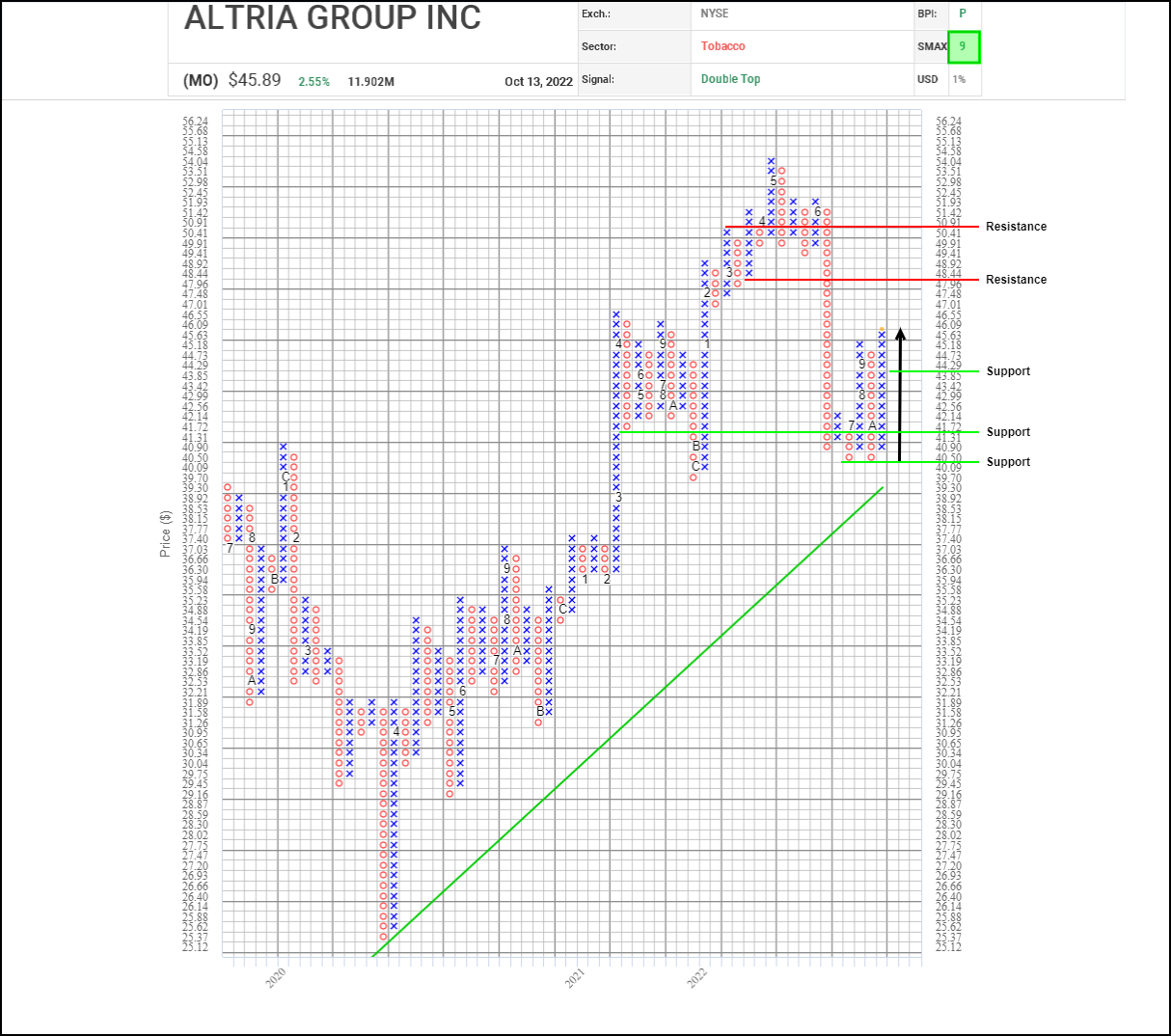