Apple (AAPL), which participated in the summer rally on both an absolute and relative basis, has seen its relative strength and ranking steadily erode within the SIA S&P 500 Index Report since August. On Friday, it dropped out of the green zone and back into the Yellow Neutral Zone for the first time since August dropping 5 spots to 130th place. AAPL is down 34 positions in the last month.

After staging a big run up off of the March 2020 bottom, Apple (AAPL) shares have been increasingly struggling over the course of this year. Since peaking in January, AAPL has been trending downward, setting lower highs in April and August. In recent weeks, APPL has been giving back the gains made in its summer bounce and it has slipped back under $140.00.

Initial downside support appears at the June low near $130.00. Continued support there would be encouraging but a breakdown would be bearish, signalling the start of a new downleg with next potential support at a previous low near $115.00. Initial resistance on a bounce appears near $147.50. 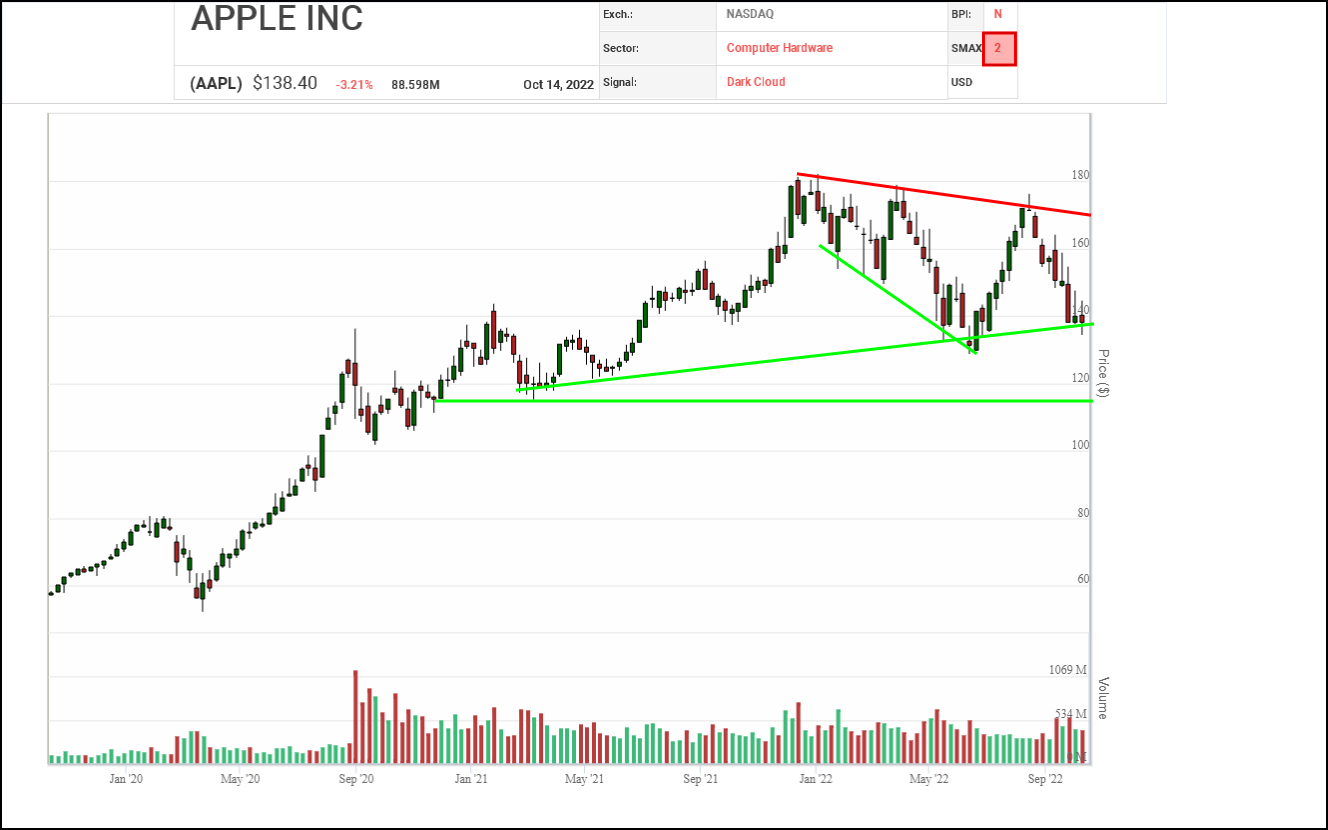 Earlier this year, a long-term uptrend in Apple (AAPL) shares topped out near $180.00 in January and April. Over the last six months, the tide has turned and AAPL has come under distribution. A summer rally topped out at a lower high and since then, the shares have been in steady retreat, triggering a bearish High Pole Warning. A close below initial support near $127.40 would complete a bearish double bottom and confirm the start of a new downleg. Should that occur, previous column lows suggest potential support near $120.00 and then $113.10. Initial resistance on a bounce appears near $152.25 based on a 3-box reversal.

With its bullish SMAX score of 2, down from 7 in August, AAPL is exhibiting weakness against the asset classes. 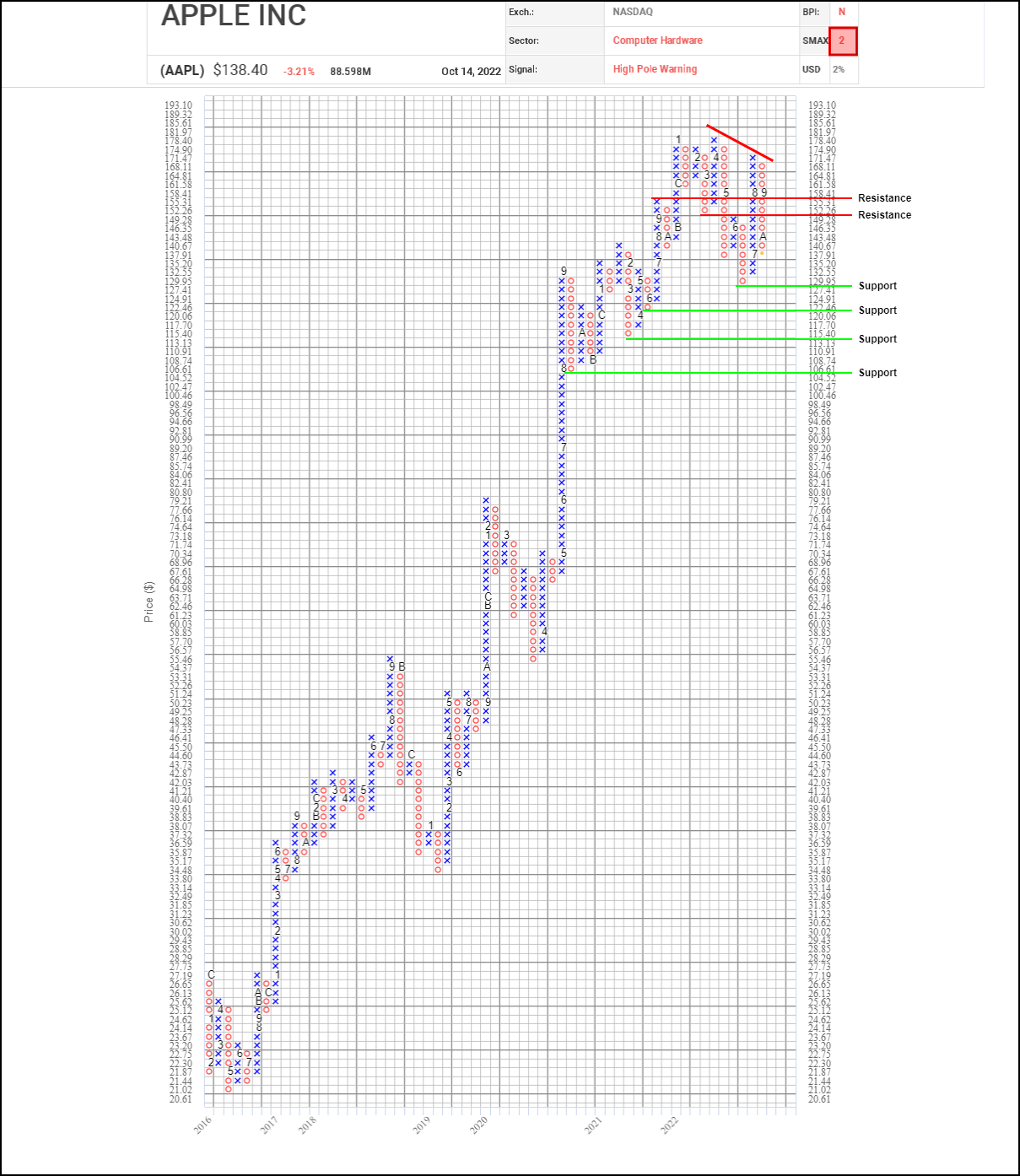