Google parent Alphabet (GOOG) dropped 9.6% yesterday after reporting disappointing earnings. This selloff accelerated a downward trend which had already been in place for the stock within the SIA S&P 100 Index Report, taking it deeper into the Red Unfavored Zone. Yesterday, GOOG finished in 71st place, down 15 positions on the day and down 8 spots in the last month.

About a year ago, a long-term uptrend in Alphabet (GOOG) shares peaked near the $150 level. Since then, the shares have been under consistent distribution, steadily declining in a Falling Channel of lower highs and lower lows. Recently, the shares broke down below the big $100 round number. The subsequent rebound failed short of resistance at the 50-day average and yesterday, GOOG broke down to a new low on trend, falling to its lowest level since January of 2021.

Next potential downside support appears in the $80.00 to $85.00 range based on previous support and resistance points, then closer to $70.00. Initial upside resistance appears near the $100.00 round number. 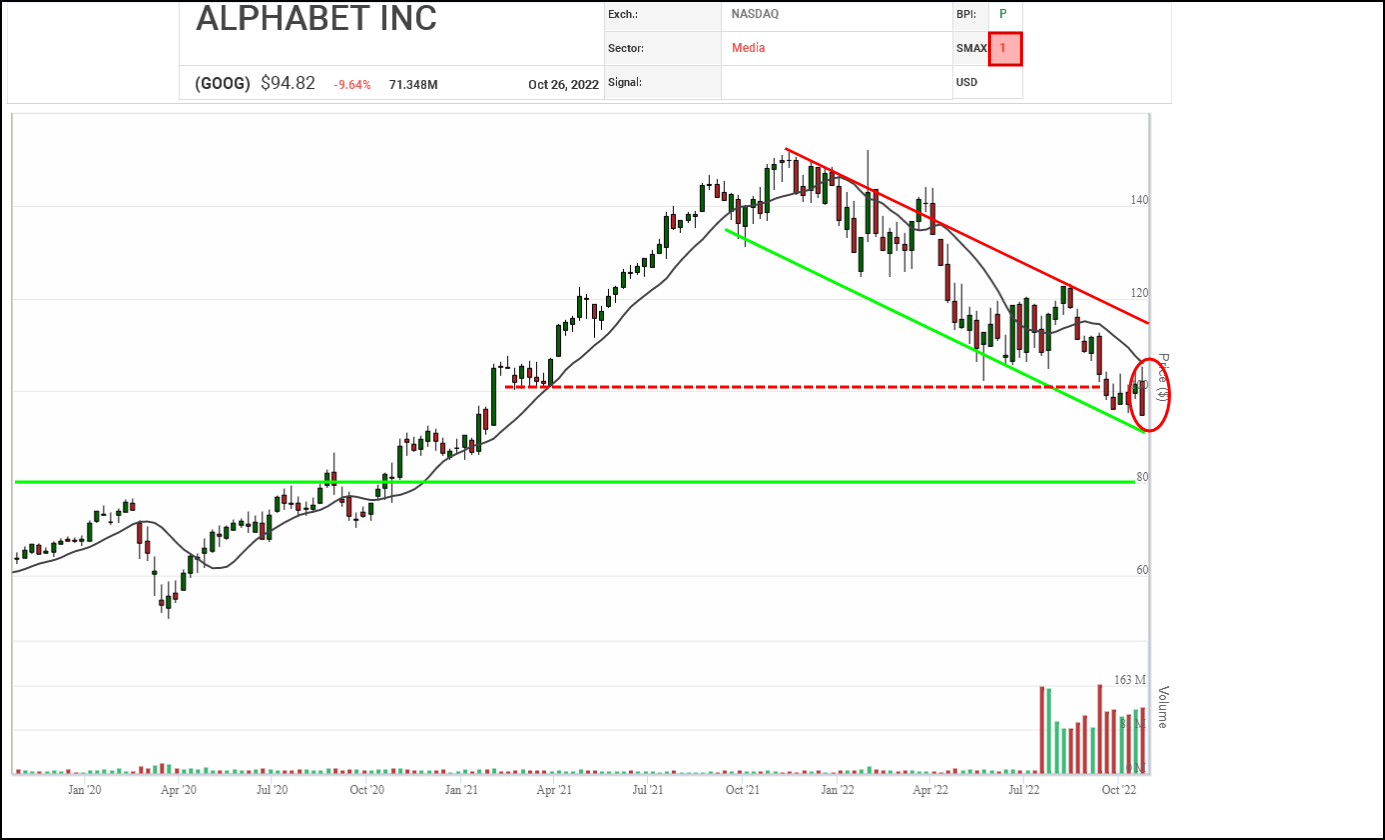 Since peaking in a bull trap back in November of 2021, Alphabet (GOOG) shares have been under distribution. Over the last year, GOOG has been steadily retreating down a Falling Staircase of sharp selloffs followed by consolidation at lower levels. The most recent downturn started back in August and continued with a bearish Spread Triple Bottom breakdown last month. Recently, a rebound attempt failed at a 3-box reversal and yesterday, the shares broke down again, with a bearish Double Bottom signaling the start of a new downleg.

Vertical and horizontal counts suggest next potential downside support may appear near $77.10 then $71.25 on trend. Initial resistance appears near the $100.00 round number, then $103.80 based on a 3-box reversal.

With a bearish SMAX score of 1, GOOG is exhibiting weakness relative to the asset classes. 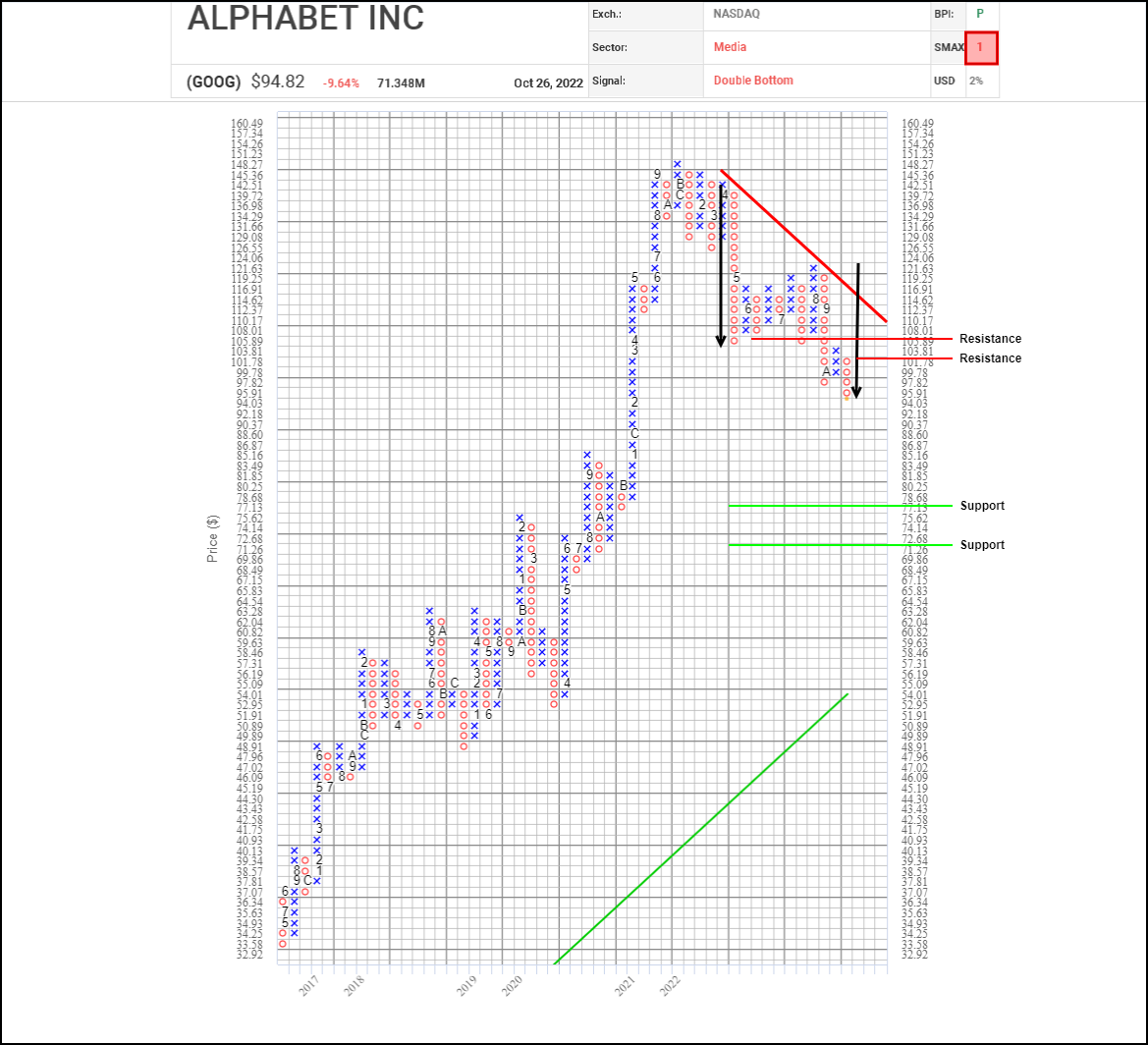