Heavy equipment producer Caterpillar (CAT) returned to the Green Favored Zone in the SIA S&P 100 Index Report yesterday for the first time since June. A summer drop into the red zone bottomed out between July and September. This month, CAT’s relative strength has improved with a climb back up the rankings accelerating. Yesterday it finished in 21st place, up 5 spots on the day and up 47 positions in the last month.

Over a three-week period in late September and early October, a downtrend in Caterpillar (CAT) shares bottomed out in a Morning Star candlestick pattern (circled). Since then, Caterpillar has come under renewed accumulation. In recent weeks, CAT has regained its 50-day moving average, broken out over the $200.00 round number and snapped a six-month downtrend line, all combining to confirm the start of a new recovery trend. 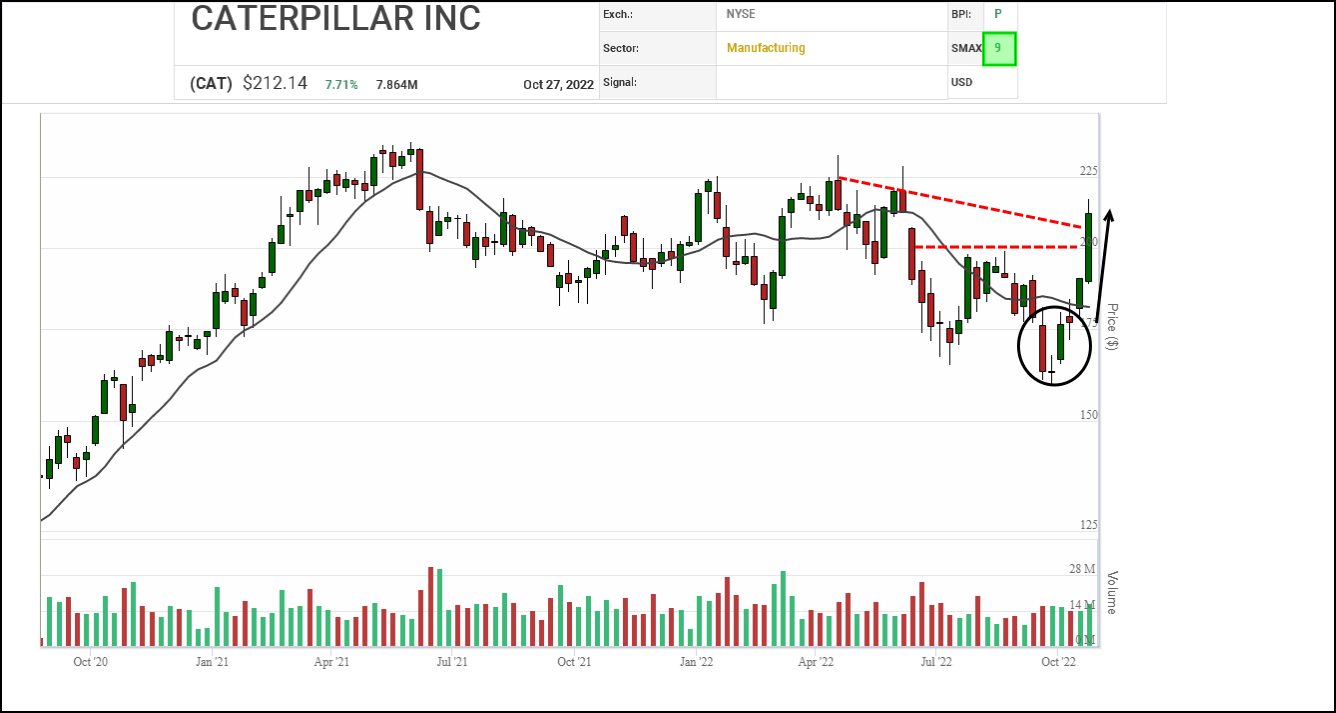 A downtrend in Caterpillar (CAT) shares that started back in mid-2021 was finally contained earlier this month by support at a long-term 45-degree uptrend line and a previous breakout point near $160.00. In recent weeks, the shares have come under renewed accumulation, staging a bullish Triple Top breakout that has extended into a bullish High Pole.

Based on a horizontal count and the previous column highs, next potential upside resistance on trend appears near $218.65, then $227.50 and $236.70. Initial support appears near $194.15 based on a 3-box reversal and a retest of the recent breakout point.

With its bullish SMAX score increasing to 9, CAT is exhibiting strength relative to the asset classes. 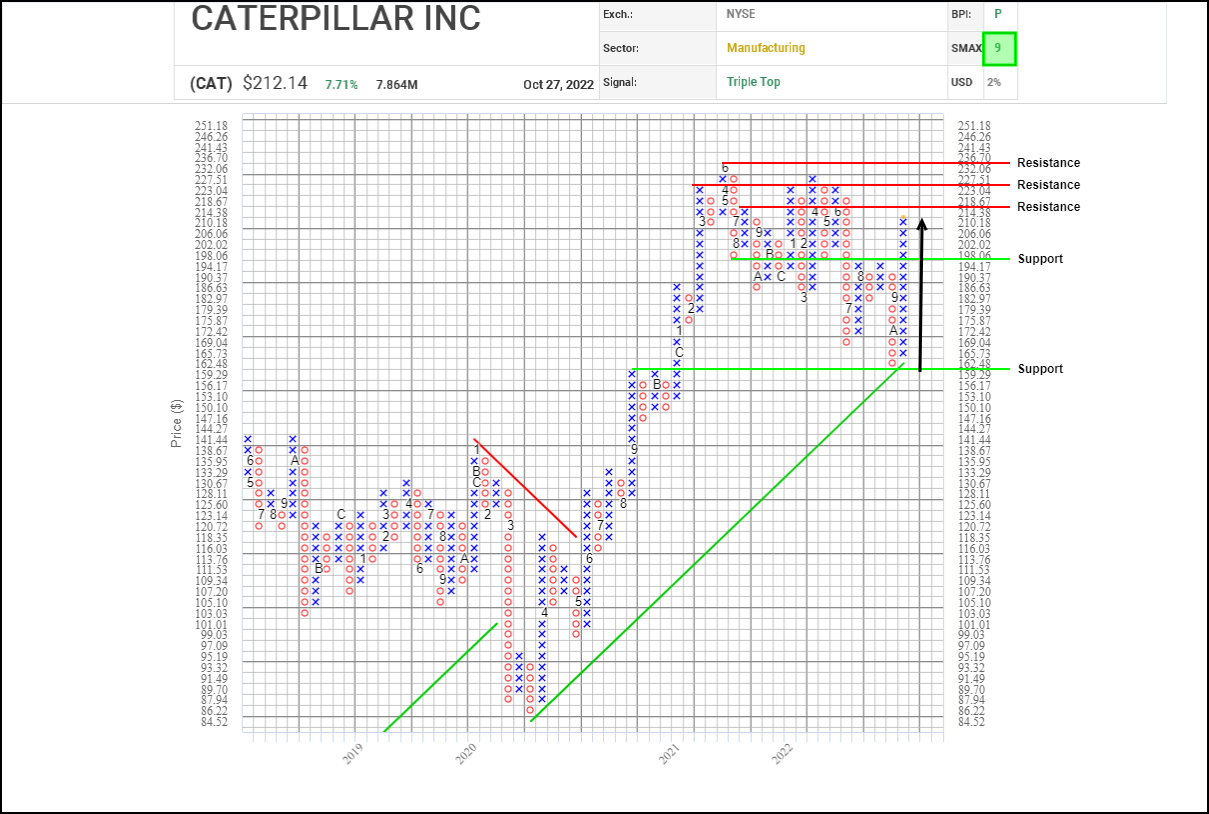