General Electric (GE) has been climbing back up the rankings in the SIA S&P 100 Index Report since August. In October it broke out of a downtrend and this week it returned to the Green Favored Zone for the first time since April of 2021. Yesterday, GE finished in 18th position, up 6 spots on the day and up 13 places in the last month. A major breakout is underway in General Electric (GE) shares this week. Over the course of September and October, a downtrend in GE shares bottomed out, first in a successful retest of support near $47.50, followed by a breakout over $60.00 that snapped the shares out of a downtrend. 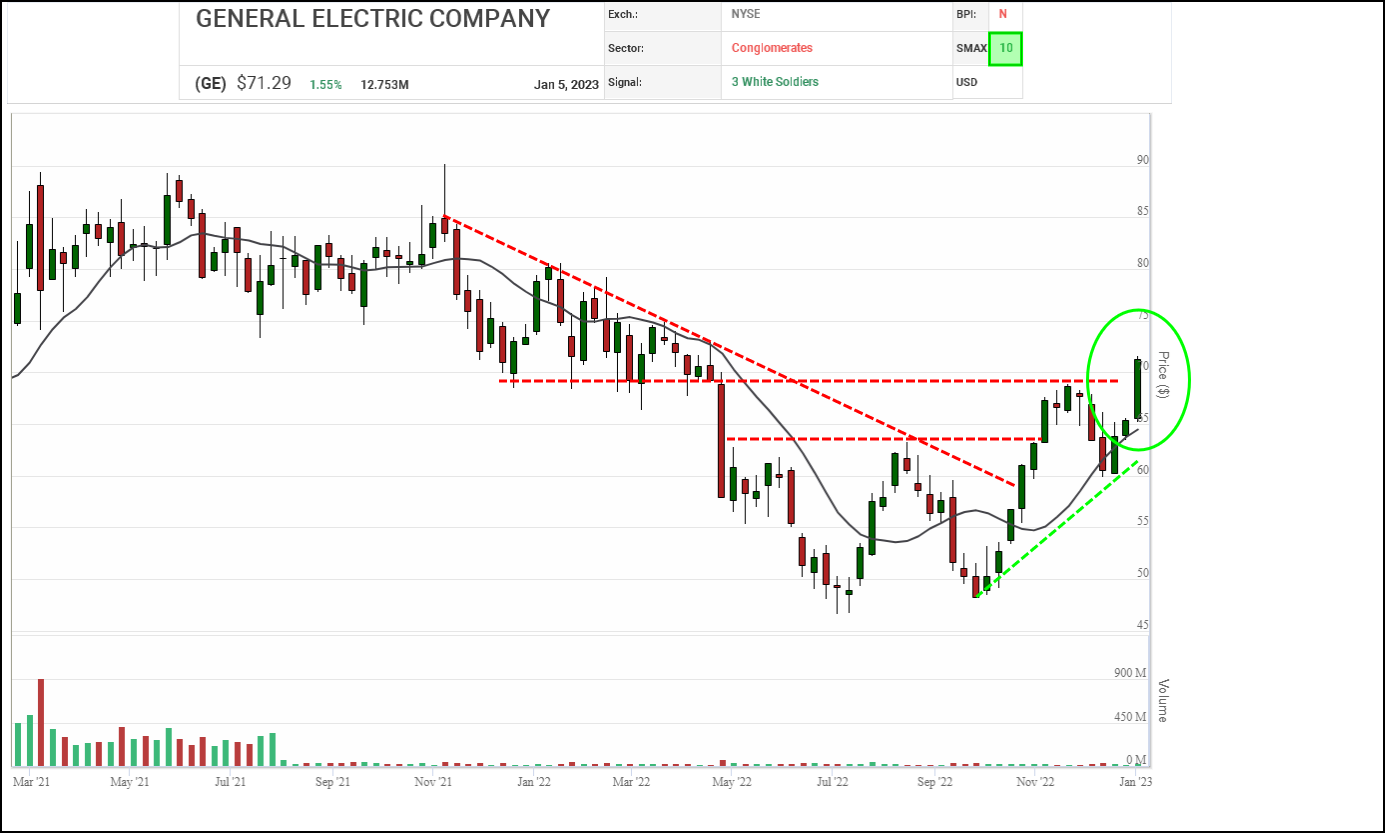 Previous column highs and lows suggest potential resistance near $75.80 and $83.65, followed by $87.05 which is based on a horizontal count. Initial support appears near $64.65 based on a 3-box reversal.

With its bullish SMAX score increasing to a perfect 10, GE is exhibiting strength across the asset classes. 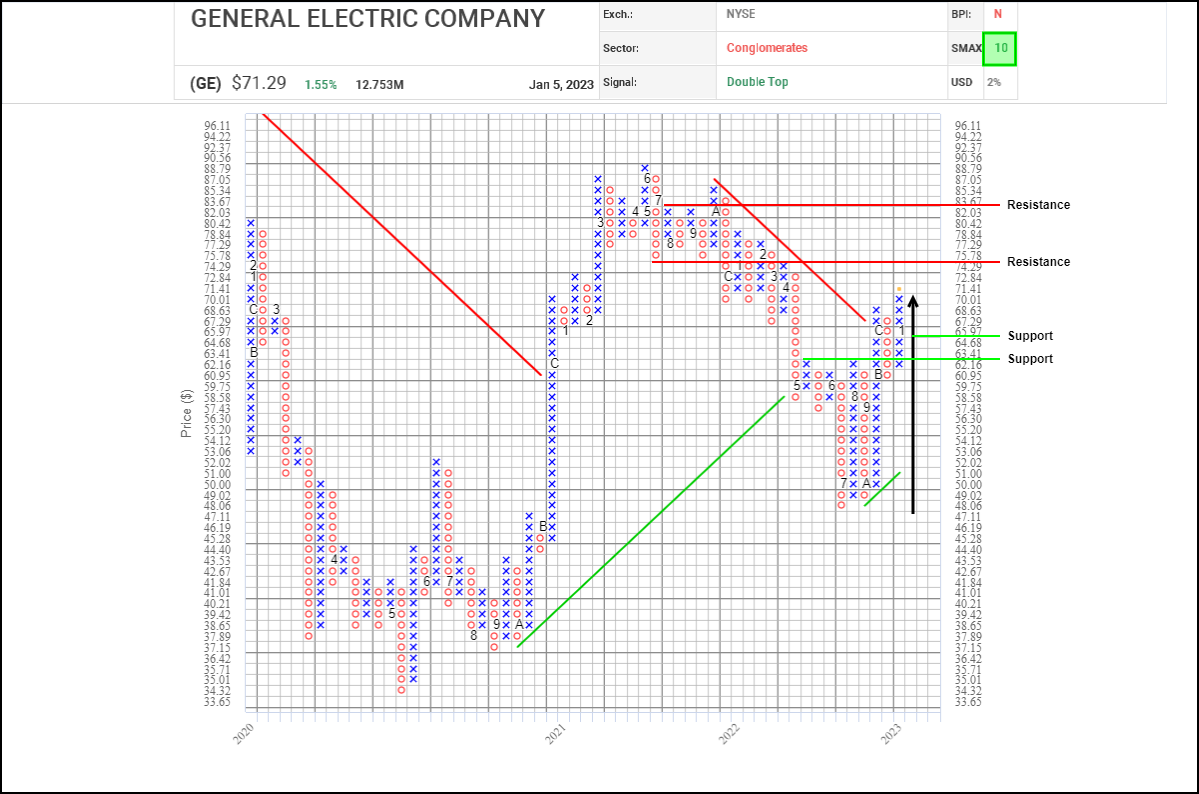