Dye & Durham (DND.TO) is a producer of law office management, data analysis and payments software. DND.TO spent most of 2021 and 2022 bouncing around between the red and yellow zones of the SIA S&P/TSX Composite Index Report. In the last month, the shares have soared up the rankings into the Green Favored Zone, reaching the highest rankings since their debut nearly two years ago. Yesterday, DND.TO finished in 20th position, up 185 spots in the last month.

Back in December, a year-long downtrend in Dye & Durham (DND.TO) shares bottomed out with downward momentum slowing in the $11.50 to $17.50 zone. The shares then broke out of a downtrend, completing a bullish Falling Wedge pattern, and regained their 50-day moving average on a spike in volumes, which indicated a significant trend change was underway. Since then, DND.TO has continued to climb, establishing a new uptrend of higher lows. Yesterday, Dye & Durham closed above $20.00 for the first time in six months, indicating continued investor interest. 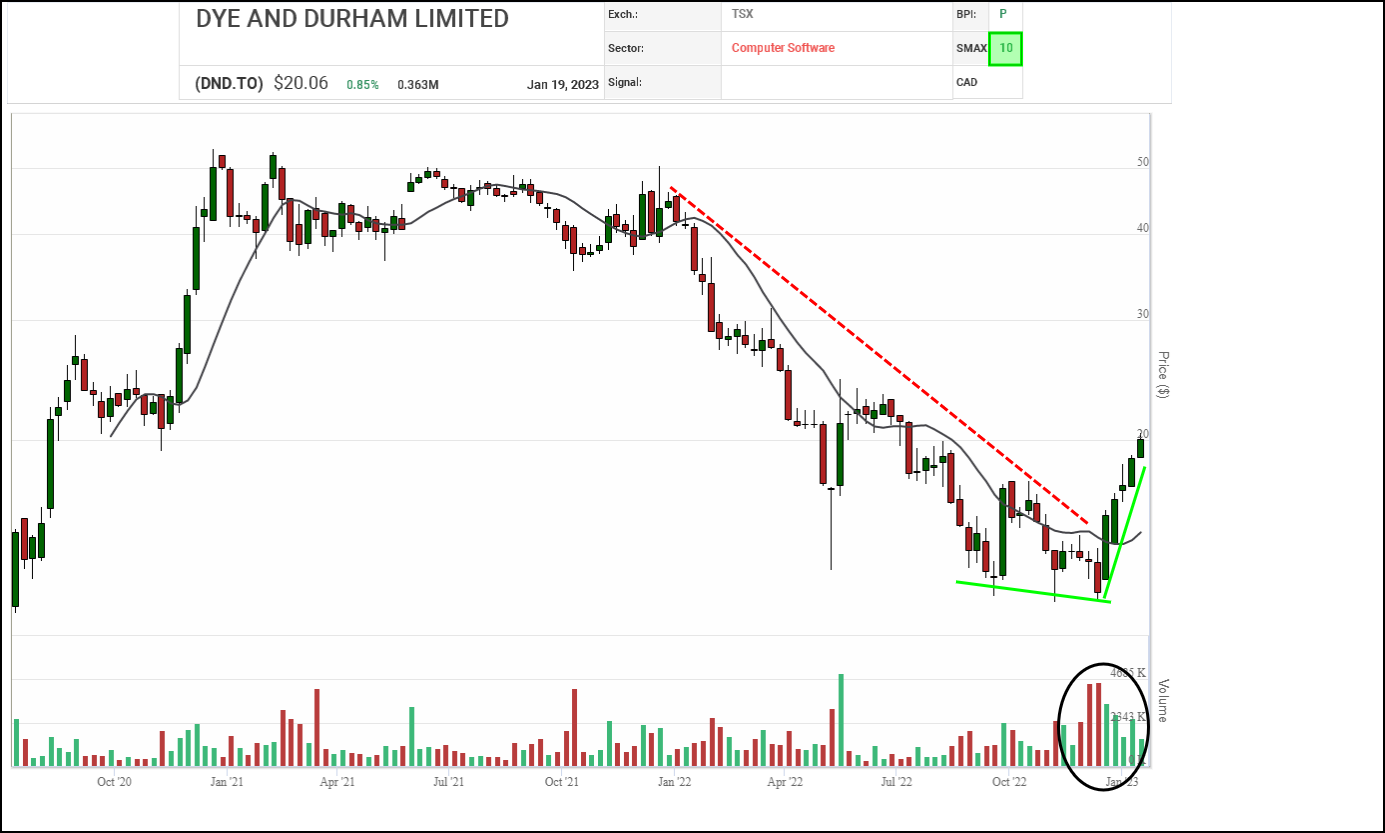 A new recovery trend appears to be getting underway in Dye & Durham (DND.TO) shares. After selling off through the first three quarters of 2022, DND.TO spent Q4 bottoming out and base building. Accumulation started in December with the shares completing bullish Double Top and Spread Double Top breakouts. This month, the start of a new uptrend has become clearer with the shares breaking out of their base over $17.25 with a bullish Spread Triple Top breakout, followed by a successful retest of the breakout point as new support and then a Double Top breakout completing a Bullish Catapult. Yesterday, the shares closed above $20.00, confirming continued investor interest.

Horizontal and vertical counts suggest next potential resistance on trend may appear near $24.60 then $28.25, along with the $25.00 round number. Initial support appears near $18.25 based on a 3-box reversal and a retest of a recent breakout point.

With a perfect SMAX score of 10, DND.TO is exhibiting strength against the asset classes. 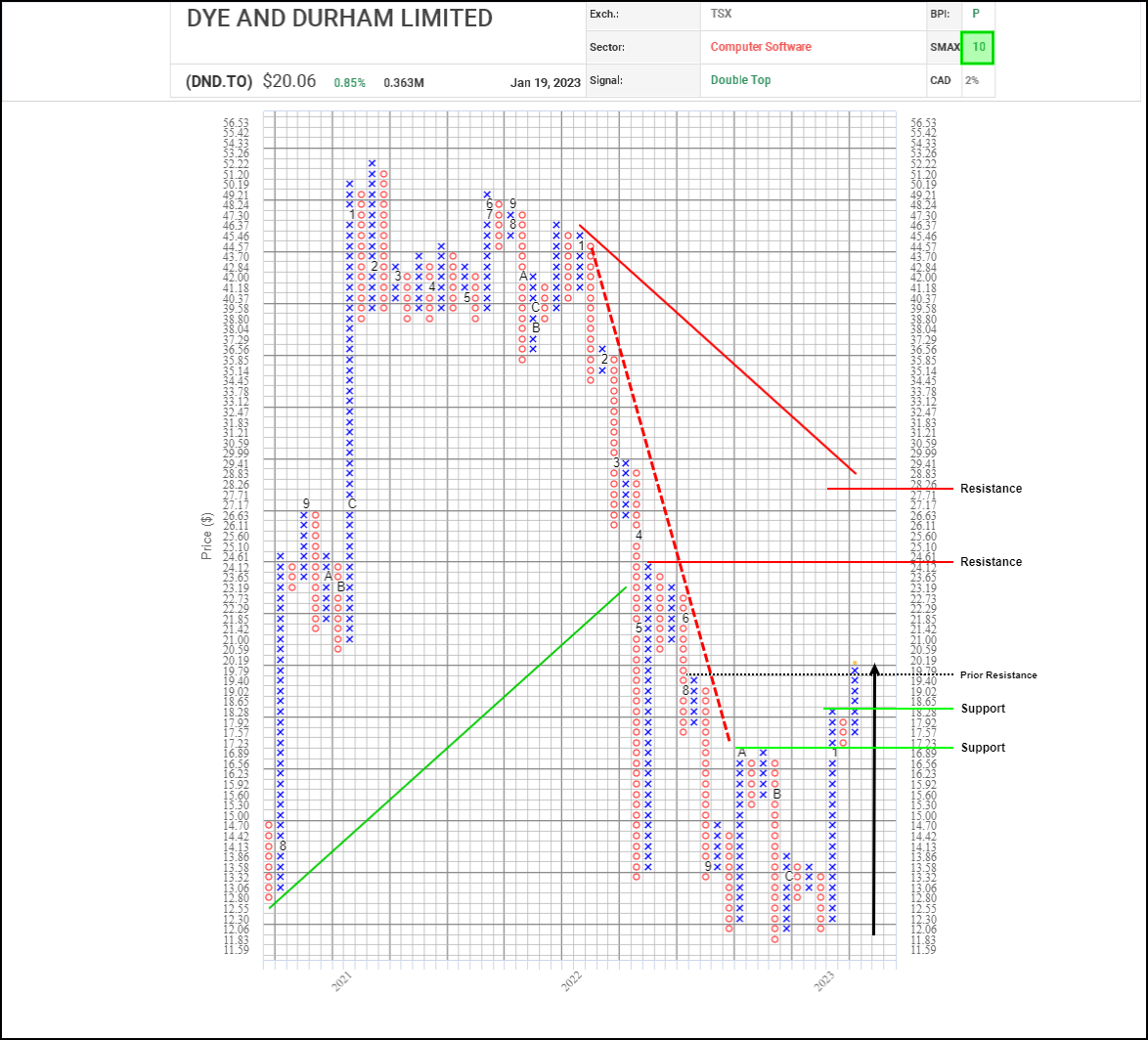