Methanex (MX.TO) has been climbing back up the rankings in the SIA S&P/TSX Composite Index Report since October. An initial advance carried the shares up out of the red zone and the following a two-month pause, they have surged up the rankings this month, returning to the Green Favored Zone for the first time since June. On Friday, MX.TO finished in 57th position up 5 spots on the day and up 62 placed in the last month.

A downtrend in Methanex (MX.TO) shares bottomed out in September, and since then, they have been under renewed accumulation. Over the last four months, a new recovery trend has emerged with a new uptrend of higher lows emerging, and the shares staging a series of bullish breakouts in addition to snapping out of their previous downtrend.

The current rally started with a breakout over $55.00 and has carried the shares back up above $60.00 for the first time since June, while initial support has moved up toward $57.50. Upside resistance appears in the $67.50 to $70.00 range, where multiple measured moves and the April peak cluster. 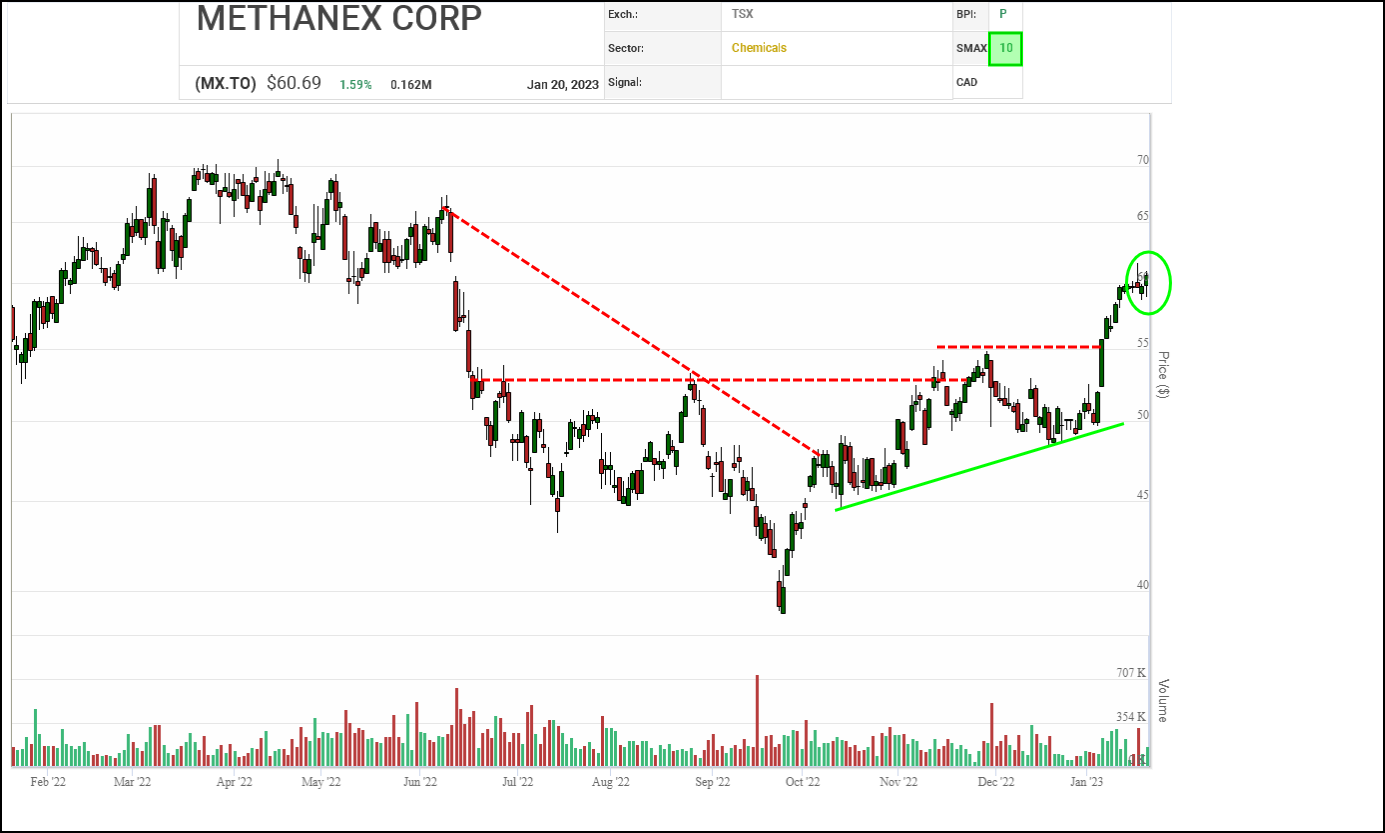 With the exception of a final shakeout in September that was quickly reversed, Methanex (MX.TO) shares have been steadily recovering lost ground since July. This month, accumulation appears to have accelerated with a bullish Double Top breakout snapping a downtrend line and extending into a bullish High Pole.

With a perfect SMAX score of 10, MX.TO is exhibiting strength across the asset classes. 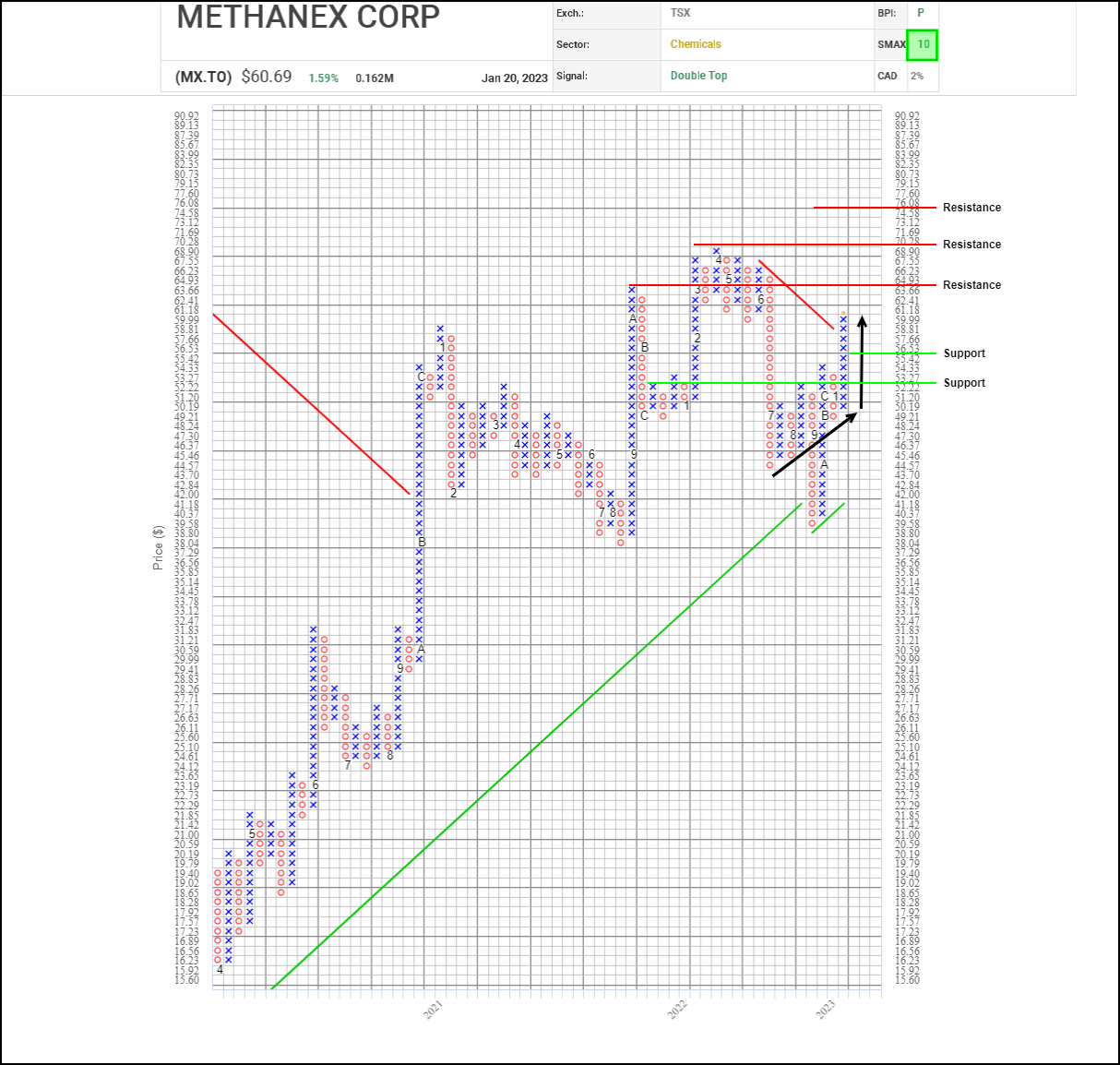