Equity markets have been very choppy over the last week, sliding last Thursday, then rebounding from Friday through Tuesday and then turning back downward yesterday. Enthusiasm related to a positive earnings report faded when a mixed, indecisive result from US midterm elections, started to weigh on sentiment.

Commodities like crude oil, and copper have also been volatile this week amid conflicting reports on when or if China, a major component of global resource demand, may reopen its economy following the latest wave of COVID lockdowns. Meanwhile, Natural Gas has been particularly volatile as home heating season arrives.

Chaos in the cryptocurrency market, where exchange FTX dealing with solvency issues has sent the prices of cryptos plunging and sparked a rotation of capital out of the sector has reminded investors that we remain in a time of high volatility and risk. Mixed earnings reports, including a high profile miss from Disney, and news of more layoffs in the Technology sector, this time from Meta Platforms, have also been weighing on investor confidence.

Investor focus for the coming week shifts back to inflation with consumer and producer price index reports on the way from the US, Canada, the UK and China. The state of retailing also may attract attention with US retail sales, plus earnings from senior US retailers including Wamart, Macys and Home Depot, plus grocers in Canada including Loblaw and Metro on the way.

In this edition of the Equity Leaders Weekly, we look at Gold’s role as a store of value and at a growing performance divergence between Crude Oil and US oil stocks. 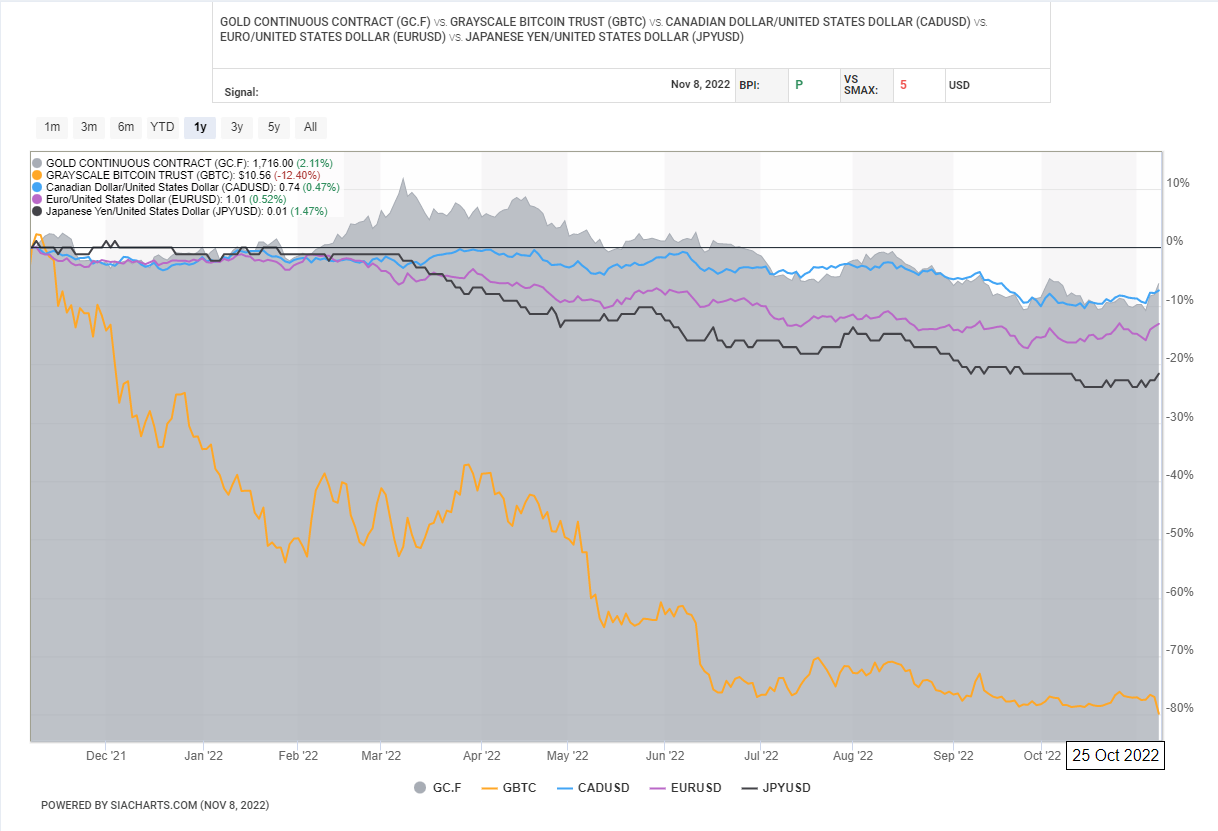 Tuesday was an interesting day for the gold (GDC.F) price. Over the last several weeks, Gold successfully tested support near $1,620/oz, then attracted significant new interest this week including a 2.1% Tuesday gain that pushed the price back up above $1,700/oz.

The most interesting part of the Gold rally was that it came on a day when cryptocurrencies were crushed, including a 12.4% loss for the Grayscale Bitcoin Trust (GBTC). This action suggested that some of the capital leaving cryptos but still interested in alternative currencies, was finding its way into Gold.

Gold rallying at a time of stress in financial markets also indicates that the yellow metal’s role as a store of value and a defensive haven remains intact. Interestingly, Gold has retained this role for the last year, against most currencies. This has been obscured, however, by the fact that Gold’s primary adversary, the US Dollar is the one major currency which has turned in an even stronger performance over the last year.

There are two other interesting things to note from this chart. First is the collapse of the Japanese Yen, which used to be a fellow traveler of Gold and had been seen as a defensive haven until this year when the Bank of Japan remained dovish when other central banks went hawkish and the Yen was punished for it. Second is the performance of the Canadian Dollar which has benefitted from its hawkish central bank and sensitivity to energy prices. The Canadian Dollar has turned in a performance similar to Gold this year and has also dramatically outperformed the Euro, Yen and Bitcoin. 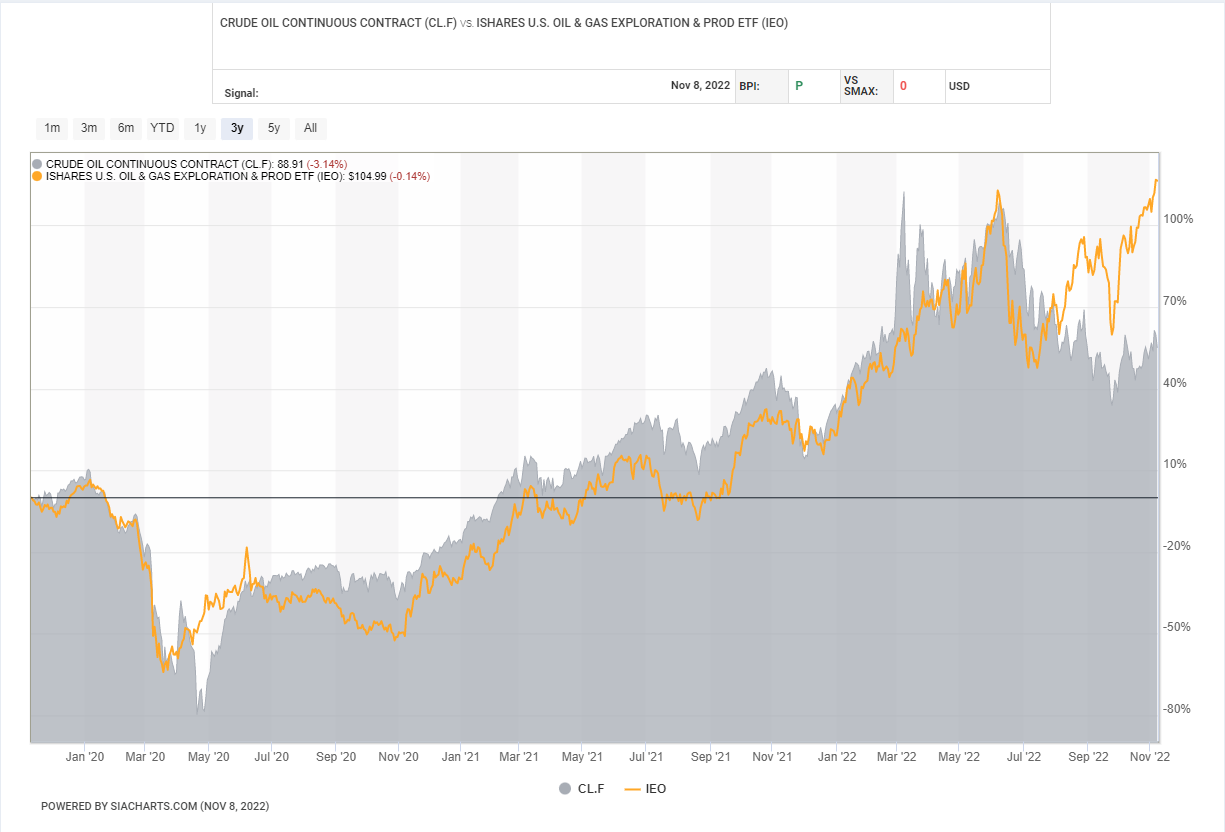 This three-year chart shows how over the longer term, the prices of Crude Oil and of Oil stocks tend to trend in the same direction. It also shows that from time to time short-term gaps or divergences in performance can emerge but usually are closed quickly with Oil stocks tending to maintain the primary trend when Crude Oil staged extreme swings in one direction or the other.For example, in the spring of 2020, Oil stocks bottomed out ahead of the oil price, which eventually caught up with a big bounce from extreme lows. In the spring of 2022, extreme spikes in the Oil price were not confirmed by oil stocks and CL.F quickly dropped back to trend.

In June of this year, oil and oil stocks peaked about the same time, and both staged a correction into July. Since the summer, however, a growing and persistent gap has opened up between oil stocks which have bounced back and returned to previous highs, and the oil price, which continued to decline through the late summer and has only started to rebound in the last month or so.